Bottlesmoker - Let's Die Together In 2012 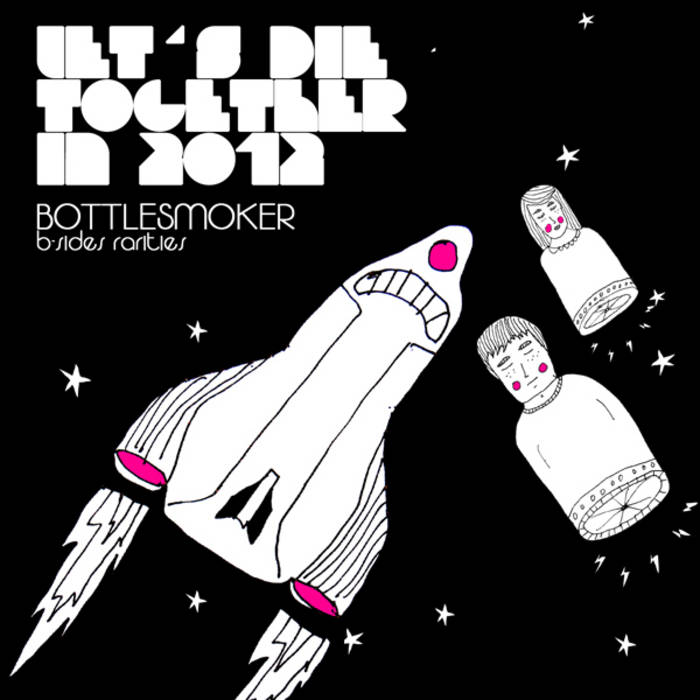 Bottlesmoker who've written songs since 2005 start exploration of electronic music that has a pattern in the arena of electro-pop-toy. For some poser, their pattern and their style of music are widely applied in the concept and in the imagination of performing and writing songs. Angkuy and Nobie are eventually collect the materials for this album b-sides that have long accumulated in their computer.

This album is a collection of songs that they write since the year 2005-2007 and notget into the album 'Before Circus Over' (2006 ) and 'Slow Mo Smile' (2008 ) because it has a different atmosphere and all the files (master) multitrack for all this songs are lost, it is a constraint for mixing and incorporated into the previous albums

'Let's Die Together in 2012' is the form of experimental work, when they cultivate and gathers 12 tracks by various forms of MP3 bit-rate and various measures of varying kbps into a package that has a different character. A challenging and fun activities for Bottlesmoker to try to cultivate as much as possible in this form of MP3 sound quality of character, as a cultivate multitrack. However, 'Let's Die Together in 2012' this depicts a journey Bottlesmoker creative process that will describe and share the poser to turn off the mindset of creativity and the instant exploitation.

Until this moment, Bottlesmoker still not provide an explanation and the meaning behind the title of the album 'Let's Die Together in 2012'. They tried to explain it in audio form, and imagination as freely as possible get the message behind this album. Red thread of this album is the alter ego that had accumulated on the head Angkuy and Nobie, may require some support supplements to reach a high point and a wild imagination to enjoy this audio series.